In the January 3, 1937 issue of the Tennessean, Nashville journalist T. H. Alexander raised a 120-year-old specter. In his syndicated column, “I Reckon So,” Alexander shared a startling fact that his writing partner, Ben Bass, unearthed during their research for a magazine feature on the Bell Witch. Since its last reported appearance a century ago, the famous poltergeist of Tennessee was “practically certain to return to this earth in this good year 1937.” 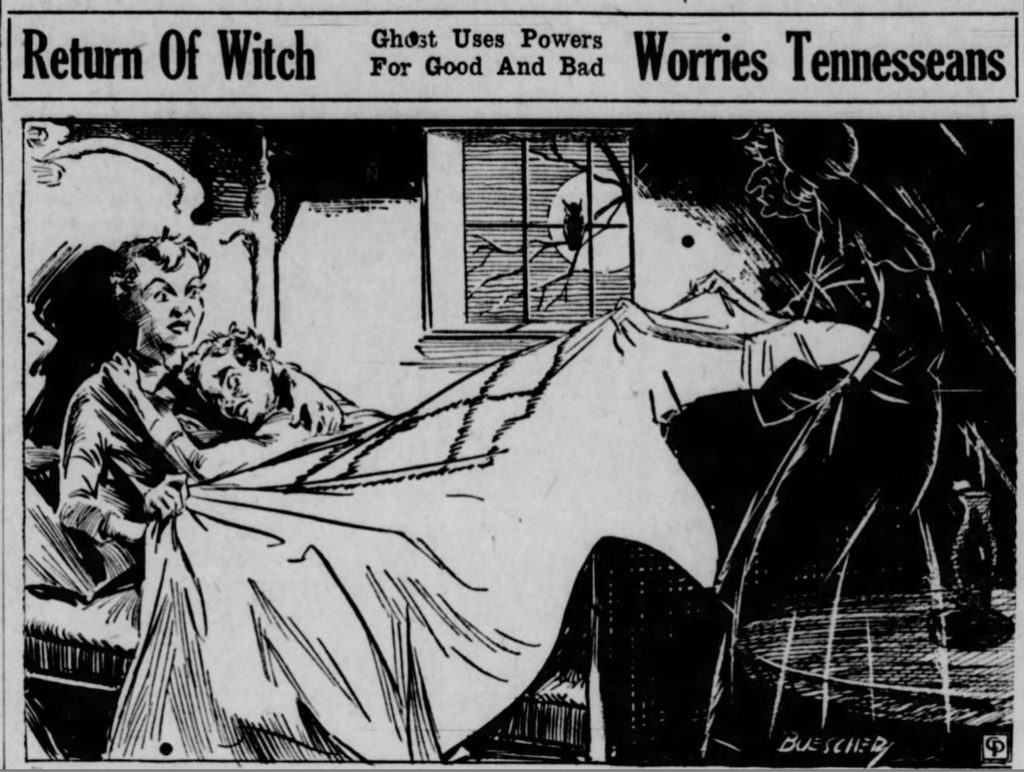 His record of “America’s No. 1 ghost story” was novel for its timeline. In most versions of the legend, the Bell Witch (commonly known as Kate) began tormenting John Bell and his family in modern-day Adams, Tennessee sometime in 1817. After 11 years of frightening phenomena, the witch vowed in 1828 to return in 107 years. In 1935. But Alexander’s account determined that the ghost departed in 1827 and planned to return 110 years later. In 1937.

The recent find came only three years after John Bell’s great-grandson, Dr. Charles Bailey Bell, renewed public interest in the legend with his 1934 publication, The Bell Witch—An Early Account. But Alexander was a skeptic. He later admitted that he revived the story because he “relish[ed] a good ghost story” and found them widely popular. Despite his disbelief in the supernatural, his version of events quickly gained popularity, and heightened fears in Adams.

In April, a journalist for the Central Press news syndicate reported from Adams that “many Negroes and some superstitious whites of this community are worried over the predicted return this year of the Bell Witch.” Four months later, residents described a series of eerie incidents to Jack Tucker, a staff correspondent for the Tennessean. Strange noises from Bell Witch cave; a mysteriously emptied corn sack; blackouts and broken beds; scattered feathers from unknown chickens. Some locals accused the Bell Witch outright; others were reluctant to name it for fear of retribution. Several spectators traveled from surrounding counties to investigate the alleged haunting, including a Hopkinsville magician with plans to spend a night in the haunted cave and capture the ghost on film. By then, a group of teenagers had already spotted the Bell Witch during a weenie roast. But the alleged apparition turned out to be merely a stone. 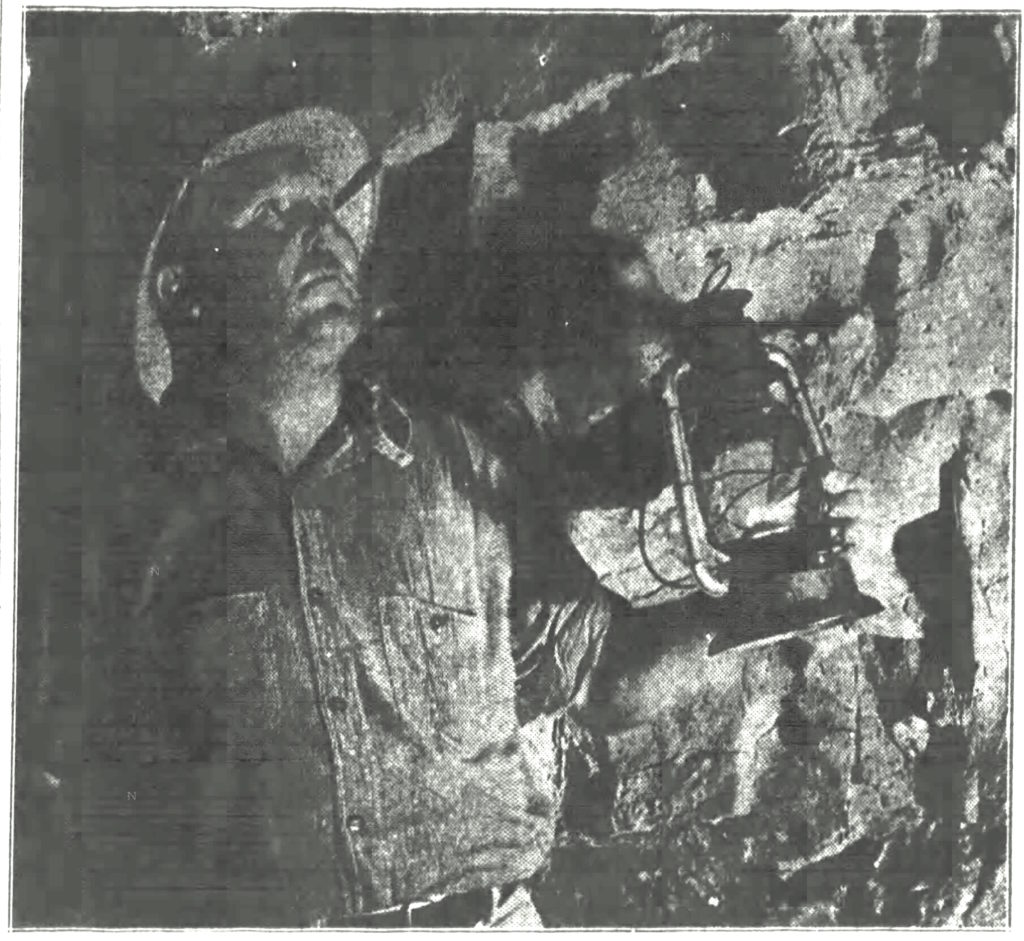 While Adams was fearful, Nashville was festive. In June, Nashville’s WSM radio station broadcasted the “Bell Witch of Tennessee,” a special 40-minute dramatization written by Bell Witch enthusiast Marshall Morgan with over 40 voice actors and musicians. Alexander publicized the production in his column along with his and Bass’ story in the July issue of Coronet magazine entitled, “Bell Witch—America’s No. 1 Ghost Story.” Four months later on Halloween night, The Return of the Bell Witch appeared on stage at the Princess Theatre.

The “Year of the Witch,” as Alexander branded it, was not without its detractors. One Nashville local reasoned that the strange happenings reported in Adams were a result of people’s fear, not the ghost. That same month, a grandchild of John Bell’s daughter Betsy, wrote to the Tennessean to ask on behalf of his relatives that the paper cease publication of “the rubbish that you are publishing.”

Bell’s descendent eventually got his wish. As the year came to a close, fewer stories about the Bell Witch appeared in the paper. By December, Bell Witch mania had passed without any proof of the paranormal activity, leaving one reporter to suggest that the ghost “must have forgotten all about” its fated return. But it had returned, if not from the supernatural, then from T. H. Alexander’s pen.