Created in 1933 as part of the Franklin D. Roosevelt’s New Deal, the Tennessee Valley Authority is an independent public corporation founded to control flooding, improve river navigation, assist farmers, provide cheap electric power, and make “surveys of and general plans for [the Tennessee River] basin and adjoining territory. . . for the general purpose of fostering an orderly and proper physical, economic, and social development” of the Tennessee Valley. The TVA’s efforts to fulfill that mission have had a tremendous impact on Tennessee’s landscape and economy. Though many of the 72,000 people displaced by TVA projects opposed their removal, most found their material conditions improved, as the electricity and jobs created by the dams boosted the region’s economy. Prior to the TVA, most electricity was provided by private companies which neglected rural areas, leaving them with no electricity and very few telephones.

TVA lakes include impoundments on the Tennessee River and its tributaries such as the Holston, French Broad, Clinch, Little Tennessee, and Duck rivers. (U.S. Army Corps of Engineers lakes are found on the Cumberland River system.) The TVA initially focused on hydropower, but following increased demand for electricity for industrial and domestic use after World War II began introducing coal-fired steam plants. The TVA’s earlier conservative opposition, led primarily by the private power companies it competed against, was joined by opposition from  environmental advocates who objected to the pollution of the coal and nuclear plants and the destruction of habitat from the dams. The TVA’s advocacy of nuclear power has also led to sharp criticism and concern. Today TVA is in the process of converting its coal plants to natural gas, while issues remain about the disposal of the many millions of cubic yards of coal ash produced by the plants since the 1950s. 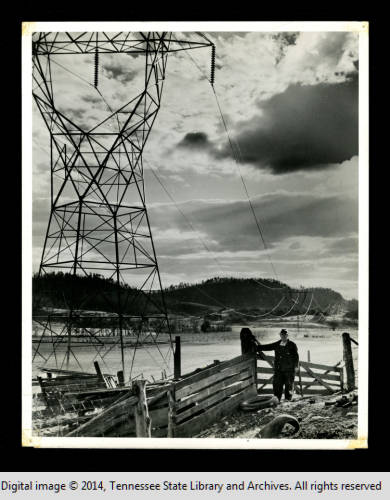 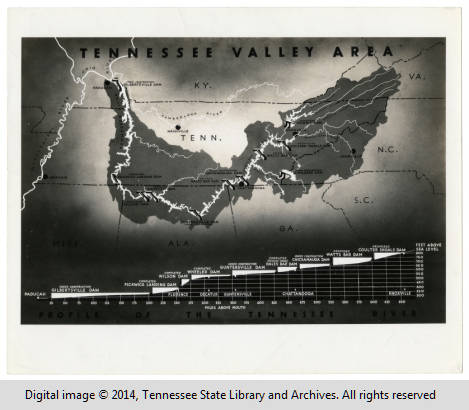 Map of proposed TVA dams from the 1930s.