Southern But Not Country: The Interwar Career of Nashville Bandleader Francis Craig

Nashville dance bandleader Francis Craig (1900–1966) cultivated a regional and national audience from the 1920s through the 1940s via broadcasts on WSM radio, a few records, Southern hotel and supper club gigs, and the white Southeastern collegiate dance circuit. Craig’s career gives us a broader window into interwar Southern consumption and production of mainstream popular music distinct from the old-time or country music with which Nashville and WSM eventually became identified in the national imagination.

Dr. Carrie Allen Tipton writes, lectures, and teaches about music, religion, history, and culture, especially of the US South. Tipton holds a Ph.D. in musicology/ethnomusicology and M.Mus. in piano performance from the University of Georgia and a B.Mus.Ed. from Mississippi State University. She teaches music and sports at Vanderbilt University. 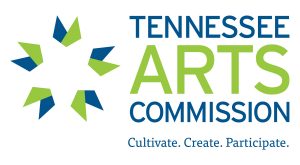