The Enslaved of Nashoba

The Enslaved of Nashoba

On February 9, 1826, a pregnant Lukey and her six daughters—Maria, Harriet, Elvira, Isabel, Viole, and Delilah—changed hands. Their owner, Robert Wilson of York District, South Carolina, negotiated their sale to Frances Wright, a Scottish-born freethinker and proto-feminist who had recently purchased a 320-acre plot near Memphis, Tennessee for an experiment in abolition. 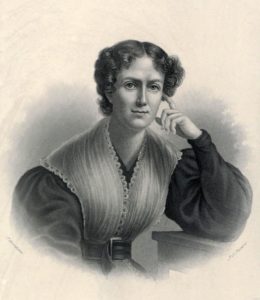 The Nashoba Commune was Wright’s attempt to rescue American republicanism. A daughter of Britain’s Enlightenment, Wright idealized America for its egalitarian principles. But in her eyes, slavery disgraced the nation. In February 1825, Wright joined the Marquis de Lafayette on his farewell tour across the States with abolition on her mind. From her conversations with Southern slaveholders, she sensed a desire to end slavery, but a reluctance to suffer financial loss or incite racial upheaval. Later that year, Wright published a gradual emancipation plan that would replace slave labor as the basis of the U.S. economy and soothe white fears of a growing free black population. Nashoba would serve as the model.

A month after their purchase, Lukey’s family and eleven other enslaved people purchased in Nashville—Willis, Jacob, Grandison, Redrick, Henry, Nelly, Peggy, Kitty, and three children—arrived at Nashoba. Wright promised to “feed them plentifully; treat them humanely; employ them industriously; and communicate…the fundamental principles of education.” Like many of her contemporaries, Wright believed slavery left black people unprepared for immediate emancipation. Only after proper training could they sustain themselves as freed people. Wright also charged them with their purchase price and living expenses; their labor would serve as compensation. Once they repaid their debts, Wright would emancipate them and then, in accordance with the popular colonization scheme, ferry them to “Liberia, Hayti, Mexico, or such other country as may hereafter be discovered to be the most eligible and convenient, to the[ir] lasting and permanent happiness and security.”

Enslaved Nashobans received food, clothing, shelter, and moments of respite as they labored cooperatively alongside free white Nashobans. Overseers were absent and corporal punishment discouraged. Nevertheless, they remained indebted to the land, unable to leave or dictate the terms of their work. When they transgressed, reprimand ranged from “persuasion and gentle means” to solitary confinement. Wright and the administrators never considered lying, theft, work stoppages, and other misdeeds as more than bad habits. But historians of New World slavery have shown that these “bad habits” were in fact small acts of rebellion. Beneath the “cheerful and contented” dispositions of black Nashobans likely burned a desire for true freedom. 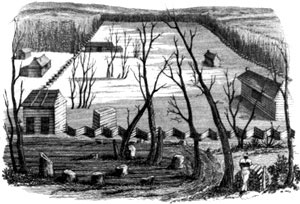 In late 1826, Wright implemented the utopian and free love principles she admired during her stay at Robert Owen’s New Harmony commune in Indiana. For those enslaved, the shift was disheartening. Wright appointed a board of trustees to whom she deeded the Nashoba property and the enslaved families. Under the trusteeship, those enslaved were required to pay a collective $6000 (almost $150,000 today) plus 6% interest to defray the costs of living expenses and colonization. Additionally, members could opt out of manual labor with a $200 annual fee, leaving indebted black Nashobans to perform the hard work. Although the trustees made provisions to educate black children, parents had to either pay $100 annually or turn their children over to Nashoba for free tuition.

Conditions for those enslaved worsened after Wright left for Europe in 1827 to tend a debilitating illness and solicit funds for Nashoba. Under the management of Wright’s sister and two other trustees, flogging became practice, parent-child communication was severed, gifted food and other materials were prohibited, and a caste system subordinated the enslaved. Wright returned in January 1828, but was unable to stop Nashoba from slipping further into financial ruin. Five months later, she left for New Harmony, defeated. The black families remained, enslaved.

In Wright’s absence, white members abandoned Nashoba; those enslaved, now totaling thirty-one, labored in dilapidation. By then, Wright had realized the limitations on U.S. abolition, among them white racism. After consultation with the Republic of Haiti’s general-secretary, Wright decided to send the black Nashobans to the black republic to live out their freedom devoid of racial antagonism. It is unclear whether the families agreed to the move, but the importance of Haiti to free and enslaved African Americans likely spurred their enthusiasm. On January 19, 1830, Wright and the black Nashobans set sail from New Orleans and arrived thirty days later to a generous reception. Because of his respect for Wright and her companion Lafayette, Haiti’s President Jean-Pierre Boyer made an exception to his 1826 stay on payment for African American emigration to the island. He took the thirty-one under his care, gave them arable land to cultivate, and waved all fees and rents until they were well-established. After four years, they were finally free.