Thanksgiving is upon us and with it the required cooking and baking. Why not step out of the kitchen and back in time to reserve a table at the Duncan Hotel in Nashville? Guests at the Thanksgiving meal on November 24, 1898 were treated to twelve courses. 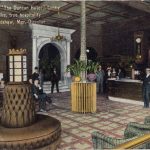 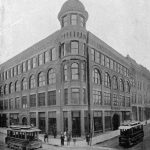 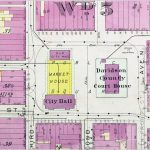 The Duncan Hotel was built in 1889 by William M. Duncan, a wealthy Nashville businessman. Constructed of brick, it was trimmed in stone. It was located on the corner of Cherry Street and Cedar Street (now 4th Avenue North and Charlotte Avenue). Postcards of the interior attest to its luxury. After the hotel closed in 1916, it was transformed into the Colored Young Men’s Christian Association (YMCA) by Henry Allen Boyd. It was razed in the early 1970s. 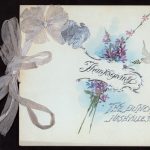 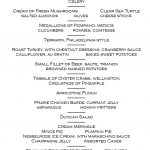 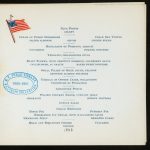 While some of the dishes on the menu—turkey, sweet potatoes, cranberry sauce, and pumpkin pie—will be served all across the United States this week, a few of the delicacies will be less familiar to the modern diner.

Blue point oysters, harvested in Long Island Sound, would have arrived by rail in Nashville. Pompano, a fish from the Atlantic or Gulf coasts, was served with Béarnaise sauce and tomato puree (also called Choron sauce). Pommes comtesse may have been a sweet dish made with late-ripening crab apples. Terrapin Philadelphia style was a soup with a splash of sherry, added just before serving. The meat for the clear sea turtle soup would have been imported from the West Indies and the terrapin was native to the Southeast. A roast turkey, distinguished by chestnut dressing, was followed by beef accompanied by a variation of sherry-infused Hollandaise sauce. 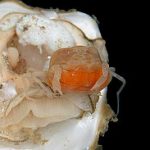 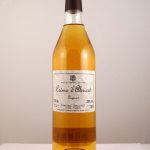 Timbale of Oyster Crabs, Wellington was a complicated dish. Oyster crabs, found along the East Coast, are small, parasitic crabs that live inside the gills of an oyster. Baked in a timbale pan, they were encased in pastry for a miniature potpie. Croustade of pineapple also involved pastry, with a sweet fruit filling. Apricotine punch was an alcoholic beverage made with the apricot brandy Crème d’Abricot. Prairie chicken, a type of grouse now threatened by habitat loss, was barded, or wrapped in bacon, salt pork or fatback before roasting. Barding preserved the moistness of game birds. Hominy fritters, a variation of hush puppies, are back in fashion with the foodie crowd. The recipe for Duncan salad remains elusive, but it was common for luxurious hotels to have a signature dish; Waldorf salad, for example, was created in 1896 for the Waldorf hotel in New York City. The most intriguing of the desserts is Nesselrode ice cream, more properly a frozen custard made with candied fruit, chestnut purée, and a cherry liqueur sauce. Nesselrode ice cream, is named for the Russian diplomat Count Karl von Nesselrode (1780–1862). The American chestnut blight, introduced to the United States in 1904, would put an end to locally-sourced chestnut dressing and Nesselrode ice cream. The ingredients for these elaborate delicacies would have arrived in Nashville by rail. Nashville, a commercial and political center, was also the site for sophisticated, European-inspired cuisine.

Which of these specialties from 1898 should be reintroduced to our Thanksgiving tables? This recipe from Jane Grigson for Nesselrode frozen custard is adapted from The Penguin Book of Food and Drink. The Maraschino sauce recipe is adapted from Martha Stewart.

Bring the sugar to the boil with 3 Tbsp of hot water and simmer the dried fruit in this syrup for a minute. Remove from the heat and leave to cool. Put in a basin with the chopped glacé fruits etc., and add enough Maraschino liqueur to cover. Leave several hours or overnight.

Bring single cream to a boil slowly with the vanilla pod, and pour on to the beaten egg yolks, whisking. Return to the pan and cook slowly, without allowing the custard to boil, until it thickens. Cool slightly, then strain on to the fruits and add the chestnut purée (it will mix more easily if the custard is still tepid). Whip the double cream, fold into the chestnut mixture, pour into a mold, and freeze at the lowest possible temperature.

Drain cherries, reserving liquid. Place cherries in a heatproof bowl. Bring 2/3 cup reserved cherry liquid and sugar to a boil in a small saucepan, swirling until sugar is dissolved. Continue cooking until reduced to about 1/4 cup, about 5 minutes. Stir in liqueur, then pour mixture over cherries. Let cool completely before refrigerating, covered, at least 1 day and up to 3 days.