The Tennessee Walking Horse is the state’s official horse. The breed dates to the late 19th/early 20th century and is descended from Standardbred, Morgan, Saddlebred, and American Thoroughbred stock. Walking Horses are gaited and known for their running walk, a considerably faster version of the four-beat walk. Favored for the smoothness of their gaits and their calm dispositions as a working horse when travel on horseback was the norm, they are popular today for trail and pleasure riding as well as their flash in the show ring.

Tennessee Walking Horses compete in two basic categories: flat-shod and performance. Flat-shod horses wear traditional horseshoes and horse and rider compete in either English or Western attire. Performance horses wear built-up, weighted shoes and riders generally favor saddleseat tack and attire to show off the exaggerated, animated gait sometimes called the “Big Lick.” This type of competition is controversial and came under scrutiny after the passage of the Horse Protection Act of 1970 which prohibited soring and other inhumane practices. The U.S.D.A. also proposed new rules in 2016 to make stacking and using chains illegal, as well as imposing stricter inspection practices to ensure compliance. 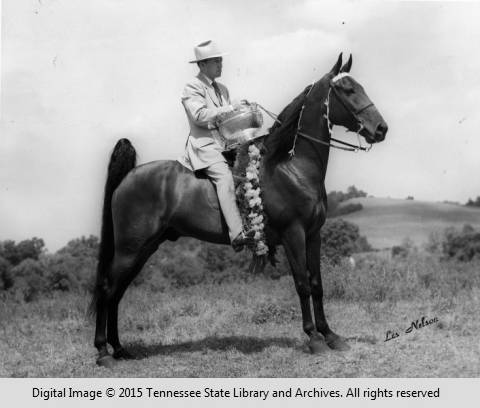