Sumer is Icumen In

Sumer is Icumen In

As Tennesseans celebrate summer, who can resist the call of what is arguably the oldest song for round singing in the English language, “The Cuckoo” (also known as “Reading Rota,” “The Summer Cannon,” or the one with the farting billy goat)? 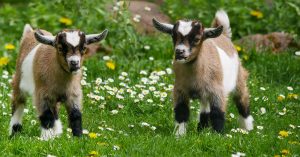 According to the USDA National Agricultural Statistics Service (yes, that’s a thing) 98,300 people in Tennessee are registered as owning goats (for a total of about two and a half million of the creatures). Until 1990, one could find the “farting goat” in school songbooks, sanitized in translation alongside the original words: 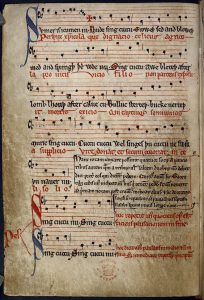 In the Wessex dialect’s earliest written form (circa 1260s):

Sumer is icumen in (summer has arrived)
Lhude sing cuccu (sing loudly, cuckoo!)
Groweþ sed (the seed is growing)
and bloweþ med (and the meadow is blossoming)
and springþ þe wde nu (and the wood is springing into leaf now)
Sing cuccu (sing, cuckoo!)

Awe bleteþ after lomb (the ewe bleats after her lamb)
lhouþ after calue cu (the cow moos after her calf)
Bulluc sterteþ (the bullock is prancing)
bucke uerteþ (the billy goat is farting, often changed to the goat or a stag leaping)
murie sing cuccu (merrily sing, cuckoo!)

The song is intended to be sung in a round (ideally six voices) which is a cheerful form of medieval music folkies and church choirs still sing from time to time. That cuckoo even made it into one of Tennessee’s best-loved folksongs “Jack of Diamonds,” although there is no evidence the songs are related. The cuckoo appears in a few popular folksongs collected in Tennessee about false love or summer idylls—and also sometimes as a warning of imminent danger.

Such cameos might be based more on song movement than bird migration, since there are just three cuckoos found in North America, and only one is common to Tennessee: the yellow-billed cuckoo. They are hard to spot, being small, fleet, and wary of humans. The black-billed cuckoo is somewhat bolder, but also rarer. So the song bird (literally in this sense) appears to have flown in with singers shifting locations. 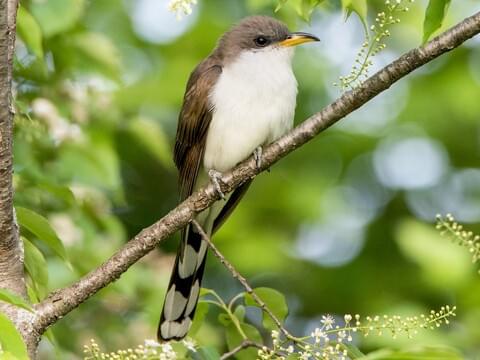 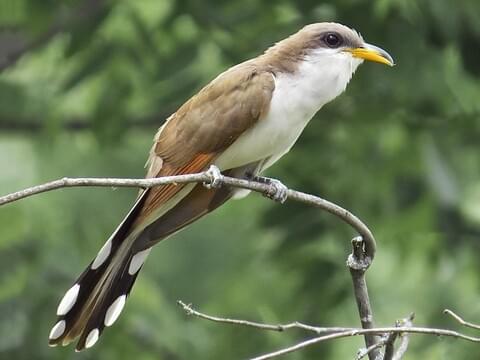 Bird watching is fun, but no doubt it’s that billy goat you really want to hear about. Most medieval linguists say he is, indeed, passing wind, and only under suspicion because gentleman scholars of the Victorian Era couldn’t be taken seriously if they discussed such scatological barnyard (and schoolboy) humor in public. Visit Tennessee’s farms as spring edges toward summer, and you will indeed see rutting farm creatures and hear happy digestive sounds, argue modern medievalists—no pun intended. Ergo, the goat is farting, accept this as part of the Old MacDonald choir alongside mooing mama cows and bleating lambs.

School music books in the late 1900s started substituting a cavorting stag, thanks to a German academic Hans Platzer. In 1995 (23 years after the song was sung in original dialect at the opening ceremony of the Munich Olympics), Platzer wrote an article about how the word should have been translated as running about, or gamboling. But for purists, including the farm families of Tennessee, the goat continues to fart.

There you have it, folks. Summer is indeed icumin in. Still, if that cuckoo sings loudly enough, it might cover rude barnyard noises with joyful, six-part harmonies.