Look up at the Sky! The Sudekum Memorial Planetarium

Look up at the Sky! The Sudekum Memorial Planetarium

The color scheme of the room is maroon, deep blue, and gray. Around the base of the dome is a silhouette of the Nashville skyline…Subdued music and soft light, simulating the orange afterglow of the evening, fill the room…As the lights dim and the music fades away the first stars begin to appear. The night begins and the stars get brighter. In a moment the room is so dark you can’t see your hand before your face. The constellations are shining in their full glory now…1 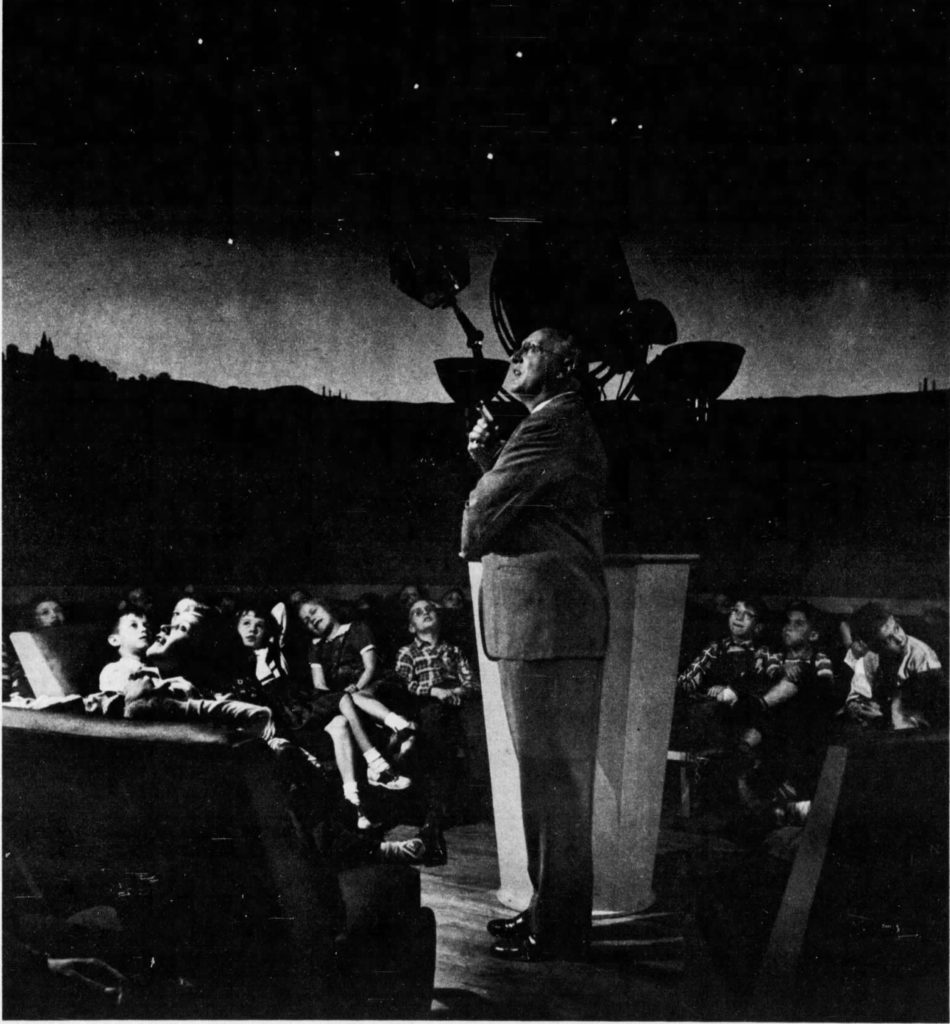 William G. Hassler, director of the Children’s Museum of Nashville, lectures children at the Sudekum Memorial Planetarium. Photo courtesy of the The Nashville Tennessean.

On August 21, 2017, Nashville and much of Tennessee will go dark. For the first time in 38 years, a total solar eclipse will pass across the continental United States. Nashville, along with a select few cities in East and Middle Tennessee, will be inside the path of totality, offering residents and visitors almost three minutes of midday twilight. The Music City Solar Eclipse is slated to bring hundreds of thousands of enthusiasts from around the country to the bustling metropolis to behold a brief, yet extraordinary phenomenon. However, Nashville has been going dark for over six decades without the fanfare or need for special glasses. Housed at the Adventure Science Center, the Sudekum Memorial Planetarium celebrates its 65th year of illuminating the wonder of the cosmos, all in the dark. 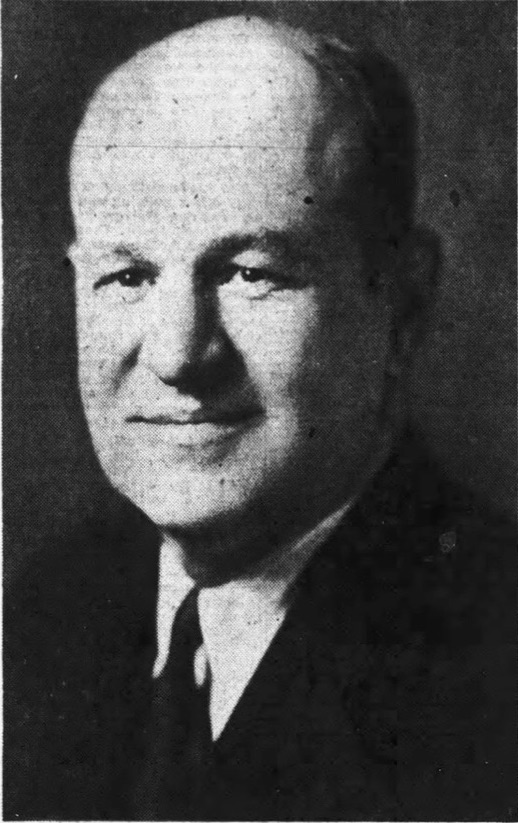 The construction of Tennessee’s first planetarium began as a memento. Anthony “Tony” Seudekum was a prominent Nashville businessman, philanthropist, and founder of the Nashville-based Crescent Amusement Company which owned and operated all but one of the city’s movie theaters and several others throughout the Southeast. Among his various board appointments, he served as trustee of the Children’s Museum of Nashville from its founding in 1944 until his death two years later. In 1951, a year after the director of the Children’s Museum, William G. Hassler, expressed interest in adding a planetarium to the facility, Nettie Sudekum donated $5,000 dollars to build a planetarium in memory of her late husband. After several months of planning and construction, Sudekum Memorial Planetarium opened on March 3, 1952. Located on the second floor of the Children’s Museum, the planetarium featured a 40-foot diameter dome ceiling with cutting-edge technology. The centerpiece was the Spitz Model A planetarium projector

The projection machine…can accomplish vivid effects. Among them: Making earth and sky meet. Continents are superimposed upon the star pattern to show what constellations shine where at specific times. Planet pathways. Stars seasonal circuits through the heavens. 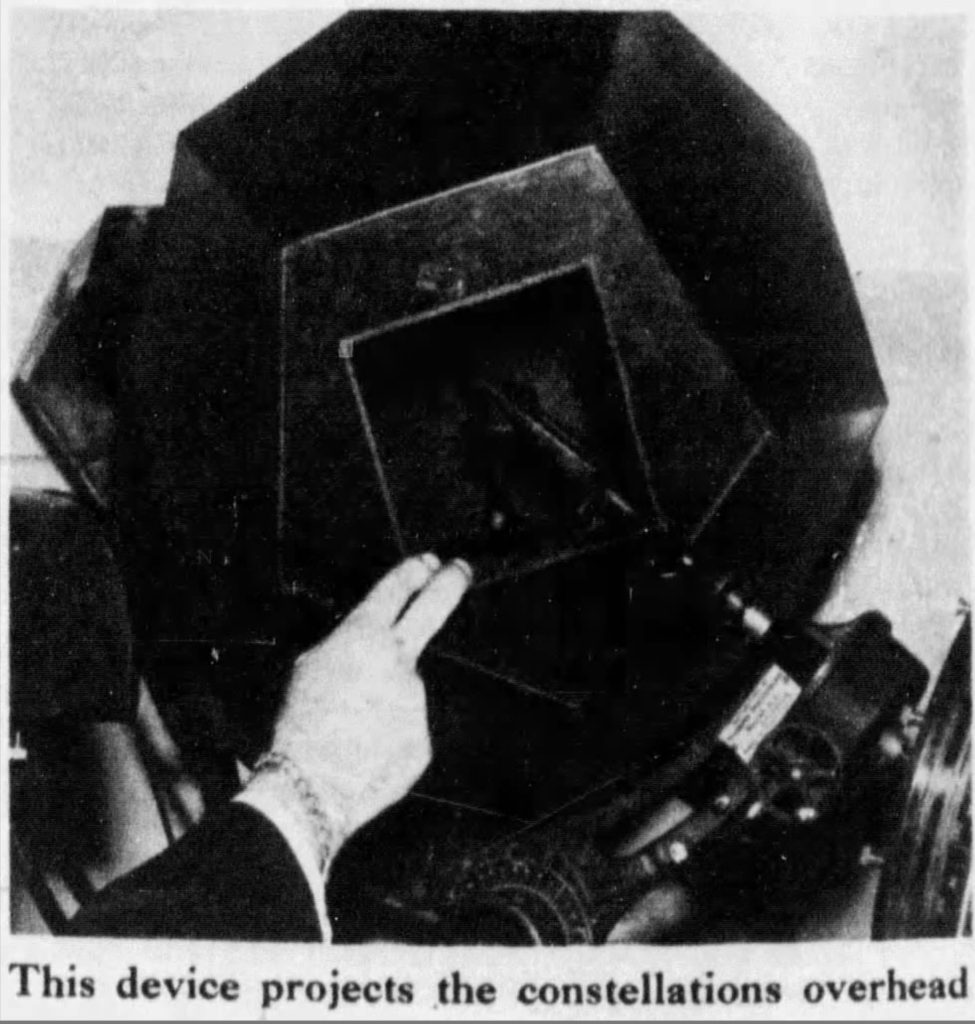 Photo courtesy of The Nashville Tennessean. 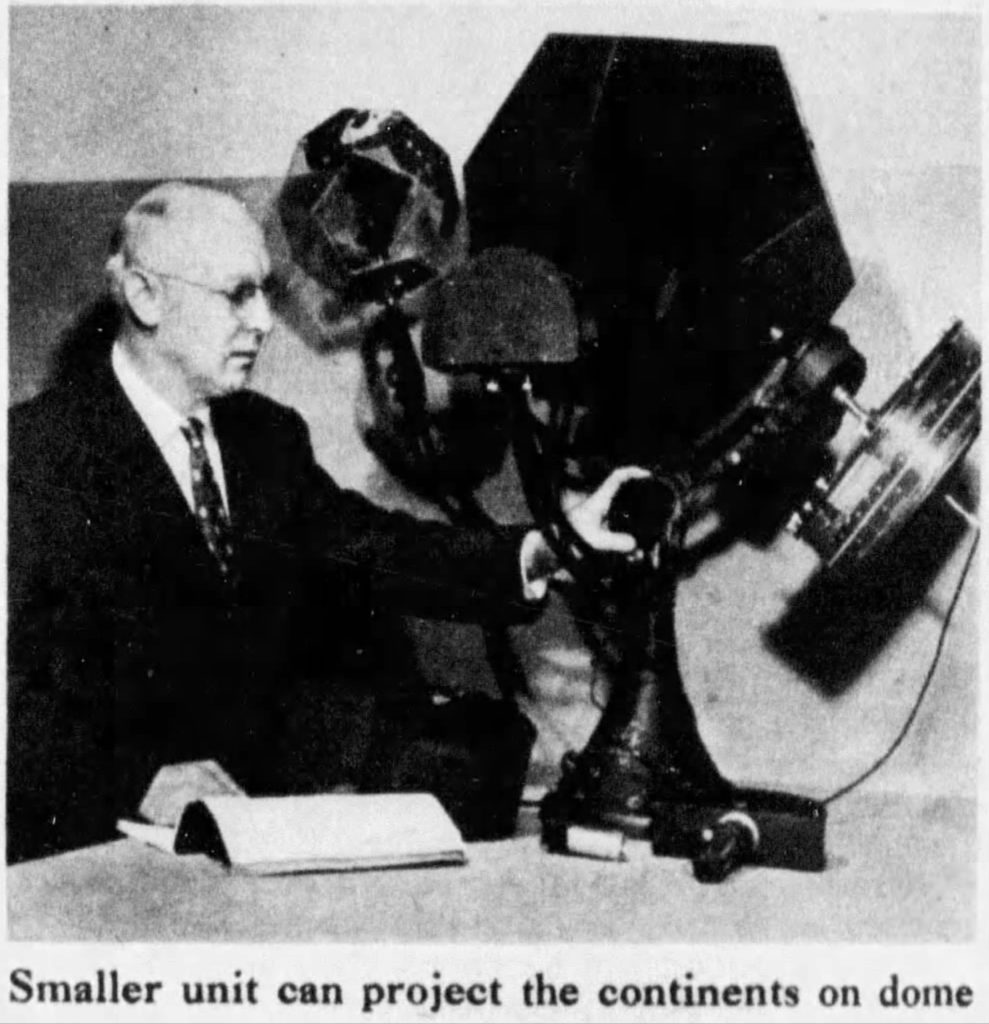 Photo courtesy of The Nashville Tennessean.

The Model A projector was relatively new. In 1945, Armand N. Spitz, then Director of Education at the Franklin Institute of Philadelphia, unveiled his prototype for a low-cost alternative to the more expensive projectors available on the market. The Model A was simple: a twelve-sided dodecahedron with some 1000 pinholes that when illuminated, projected realistic images of the cosmos onto an artificial dome. At only $500, the Model A was the first projector to offer a realistic display of the stars and planets to the general public. In 1946, Spitz founded Science Associates to manufacture and market his invention. As popularity for the Model A grew, Spitz incorporated Spitz Laboratories three years later. By the end of 1953, Spitz had sold 100 projectors. Among the buyers was the Children’s Museum. At the dedication ceremony for Sudekum Planetarium, Spitz was the guest of honor and inaugurated the first sky show, “Spring Stars over Tennessee.”

Since its construction, the “Theatre of the Skies,” has undergone several changes, both structural and social. Like other public facilities in Nashville prior to 1964, Sudekum Planetarium restricted access to its facilities on the basis of color. With the passage of the Civil Rights Act of 1964, Nashville’s decorous policy of segregation gave way and Sudekum reflected how the cosmos were intended to be viewed: together. In 1974, the Children’s Museum relocated to a new facility near Fort Negely along with the Planetarium and became the Cumberland Museum and Science Center. Almost 30 years later in 2007, the renamed Adventure Science Center renovated the planetarium with a million-dollar donation from the Sudekum Memorial Trust, making it one of the largest planetariums in the country. 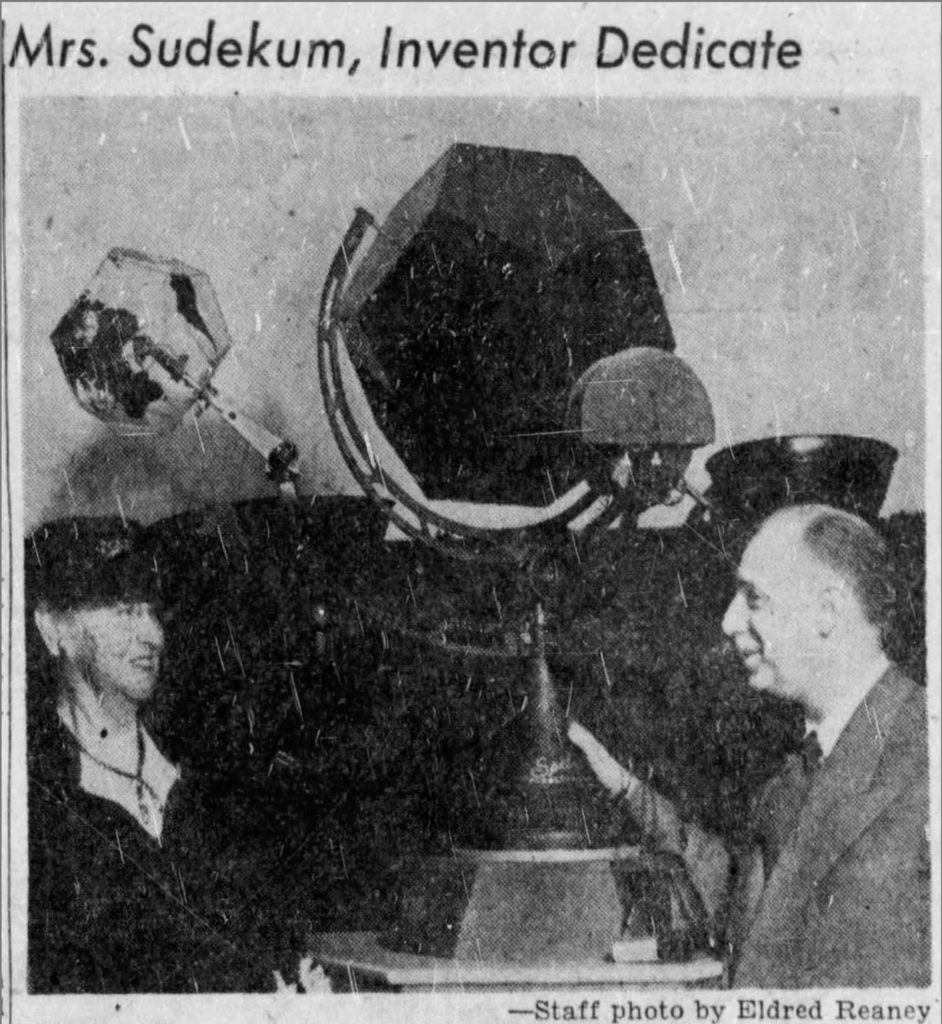 Nettie Sudekum and Armand N. Spitz, inventor of the Model A projector, inspect the planetarium at the March 3rd dedication. Photo courtesy of The Nashville Tennessean. 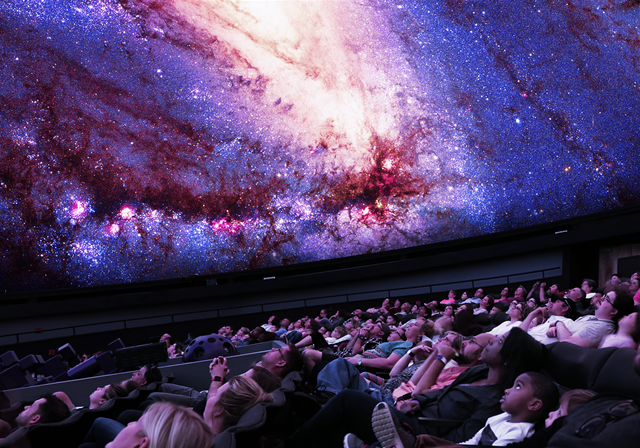 When the lights come up in the auditorium the lecturer has an unusual greeting for his audience. He steps into the “sunrise” that floods the dome room to wish them a “Good morning.”