The Tennessee Historical Society’s collection includes this pamphlet containing a provisional statement of rights and constitution for the State of Frankland published in 1786 by Reverend Samuel Houston. Historian J.G.M. Ramsey gave the document to the THS while serving as its president in 1880. He believed it to be the only surviving printed document from the State of Franklin in existence. 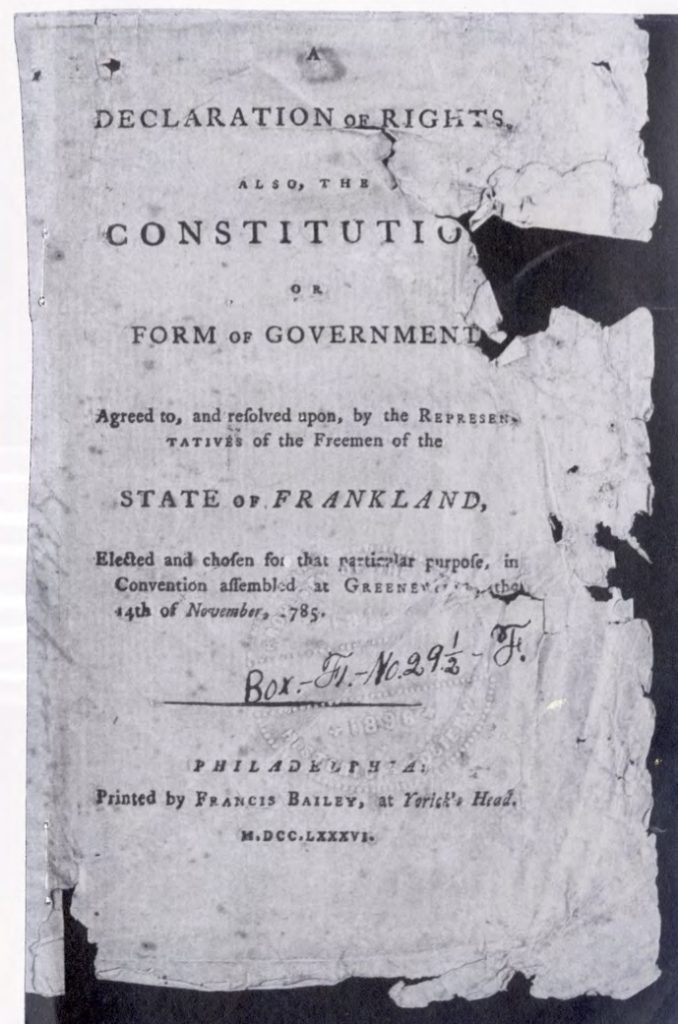