On April 11, 1829, Sam Houston and his bride of eleven weeks, Eliza Allen, abruptly ended their marriage. Neither would speak publicly of the cause for the rest of their lives. Eliza returned to her parents’ home in Sumner County. Sam fled to Arkansas territory to live among the Cherokee, after resigning as governor of Tennessee.

“And now that domestic misfortune, of which I say nothing, and about which there are ten thousand imputed slanders, has come upon, as a black cloud at noonday, I am to be hunted down!” Sam wrote Andrew Jackson on May 11, 1829, “What am I? an Exile from my home; and my country, a houseless unshelter’d wanderer, among the Indians! Who has met, or who has sustained, such sad and unexpected reverses?” 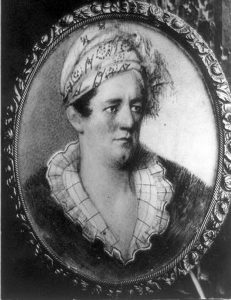 In 1829, at age forty-one, former Major General and now Governor Sam Houston stood poised for a national career, as many saw him as the successor to his mentor, President Jackson. But his personal demons worked against his ambition – he was legendary for his drinking, his melodrama, and his renegade spirit.

Perhaps to overcome his reputation, perhaps for love, he courted young Eliza Allen, from a wealthy and politically connected Middle Tennessee family, whose father was Jackson’s old friend. Sam had known Eliza since she was about 13, when he first served in the U.S. Congress with her uncle Robert Allen.

The course of true love never did run smooth for Sam. “I have as usual had ‘a small blow up.’ What the devil is the matter with the gals I cant say but there has been hell to pay and no pitch hot!,” Sam wrote to John Marable on December 8, 1828, a few days after Eliza’s birthday. But he closed his letter with hope — “it may be that I will splice myself with a rib.”

On January 22, 1829, Sam married the 19 year old Eliza Allen at her home near Gallatin, with the Reverend William Hume, the Scottish minister of First Presbyterian Church in Nashville and a friend of Jackson, performing the service.* 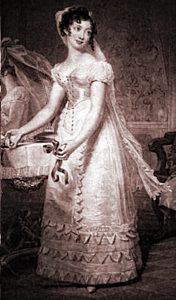 The honeymoon soured within two days of the wedding. Eliza watched her husband in a snowfall fight with the daughters of her host, Martha Phillips Martin, at Locust Grove on the Gallatin Pike. Martha suggested, “You had better go out and help him.” Eliza replied seriously, “I wish they would kill him.” Martha looked at her, astonished. She repeated, “Yes, I wish from the bottom of my heart that they would kill him.”

The Houstons settled into the Nashville Inn, on the public square. The state government at the time met in the Davidson County Courthouse, and Sam spent his days at the capitol and his evenings in entertaining or campaigning. One day he returned to their rooms earlier than expected – Eliza sat “at a table weeping and reading old love letters…” Some say she confessed to Sam that she had been in love with a young terminally consumptive attorney, William Tyree, but she married Sam to please her parents.

Sam’s friend Frank Chambers reported, “During the next week or two Governor Houston looked years older. I saw that the beautiful young wife would be but dead sea fruit to him… I saw that his heart was broken.” Dead sea fruit was notorious for dissolving into ash when picked. 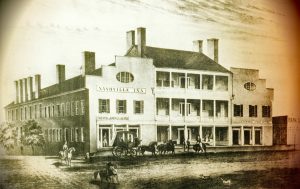 On April 9, Sam wrote to Eliza’s father about “the most unpleasant and unhappy circumstance” that had “taken place in the family, and one that was entirely unnecessary at this time…” Sam attested he “was satisfied & believed her virtuous… That I have & do love Eliza none can doubt. – that she is the only earthly object dear to me God will witness.” Houston continued, “She was cold to me, and I thought did not love me. She owns that was one cause of my unhappiness. You can judge how unhappy I was to think I was united to a woman who did not love me.” Houston thought they could now be happy, and “you may rest assured that nothing on my part shall be wanting to restore it. Let me know what is to be done.”

But apparently, much was wanting on Eliza’s part where happiness was concerned. Sam left for an election debate at Cockrill Springs and Eliza headed home. Martha Martin “was surprised one evening to find Mrs. Houston at my front door, for she had come to spend the night with us on her return to her home in Gallatin… she seemed somewhat depressed, and by way of explanation said that she and General Houston had agreed to separate.” Their marriage unofficially ended on April 11, 1829.

The scandal of the Houstons’ separation spread like wildfire – Charles Love reported to Andrew Jackson that Sam’s “effigy was burned in Gallatin on Saterday night last,” April 11. He explained, “Our friend Houston has separated from his wife; and will resign tomorrow [April 16] and leave the state Immediately for the Arkansas Territory to reside among the Indians. There is a hundred reports about the cause of separation; he gave her Father a certificate that she was virtuous. I lament his unfortunate situation, his hopes for happiness in this world are blasted forever.”

A week later, on April 23, Sam fled from Nashville. Reverend Hume wrote John Coltart the next day, “I am sorry for him and more sorry for the young lady he has left. I know nothing that can be relied on as true… Oh, what a fall for a major general, a member of congress, and a Governor.”

Sam retreated to the home of his friend Oolooteka, also known as John Jolly, in Arkansas Territory. Before long his grief must have eased – he entered into a Cherokee marriage with Tiana Rogers Gentry in May 1830. But he left Tiana behind to go to Texas in December 1832.

Meanwhile, Eliza lived with her family, “in seclusion for a year or two – a picture of perfect woe…,” according to her relative, “M.B.H.” “She never uttered a harsh or reproachful word of the General – seemed only to pity him.” Eliza’s mother Laetitia Saunders Allen died in childbirth in November 1832 and her father John died in an accident the next April. Orphaned and the family estate sold, Eliza moved to Gallatin with her young siblings, where Mrs. E.L. Crockett claimed Eliza was “deeply respected by all” but “had only a few intimate friends.”

Eliza never pursued a divorce, although it would have been allowed under Tennessee law to a deserted wife. But Sam first tried for a divorce in 1833 in the Mexican State of Coahuilla and Texas – the grounds were that “a separation took place between your said petitioner and his said wife and that they have never since that time, nor can they ever, meet again.”

Sam was more successful when he became president of the new Republic of Texas in October 1836. By April 1837, he achieved his divorce by asking for a hearing before a district court judge, an exception to the law that would have required an act of divorce by the Texas Congress. On April 8, his attorney W. G. Anderson wrote Sam that although the judge wanted to postpone the case “until some correspondence could be had with the absentee H [Eliza Houston]… I resisted successfully… and take great pleasure in saying that a decision was made and that hence you are absolved from the Marital obligations into which you have heretofore entered…” Sam married 21 year old Margaret Lea on May 9, 1840, and the couple would have eight children. 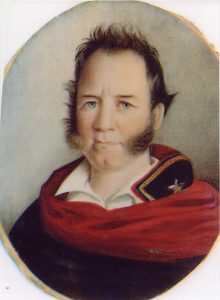 Eliza eventually got word of the divorce. On November 8, 1840, she married 42 year old Dr. Elmore Douglass, a widower with three young girls. Elmore was the first cousin of her sister-in-law, Louisa Douglass Allen. Together Eliza and Elmore had three daughters and a son, only one of whom lived to adulthood. 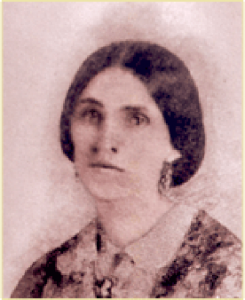 Eliza Allen Houston Douglass died on March 3, 1861, at the age of 51. Eliza asked before her death that all her papers be burned, any images of her be destroyed, and her body be placed in an unmarked grave. In her quest for oblivion, she became instead a legend.

Sam Houston died on July 26, 1863, at age 70. After 1829, he escaped into revolution in Texas, becoming president of a new country, later annexed to the United States. He took their secret into eternity as an American hero.