Tennessee samplers are a rich repository of information. As material culture artifacts, samplers often contain the name of the maker, the location and school where they were made, the name of the instructor, and the date of completion. Many also feature family names, making them valuable for genealogy studies.

A sampler is a record of needlework motifs and stitches. Samplers were most often worked by girls and young ladies in an academic setting. Samplers done by boys are much more rare and were usually the product of 1) orphanages, 2) illness, or 3) punishment.

The Tennessee Sampler Survey, founded in 2004, seeks to document Tennessee needlework heritage. As of September 2017, the TSS has located 242 Tennessee samplers. Only one of these, now in the collection of the Tennessee State Museum, was stitched by a boy. 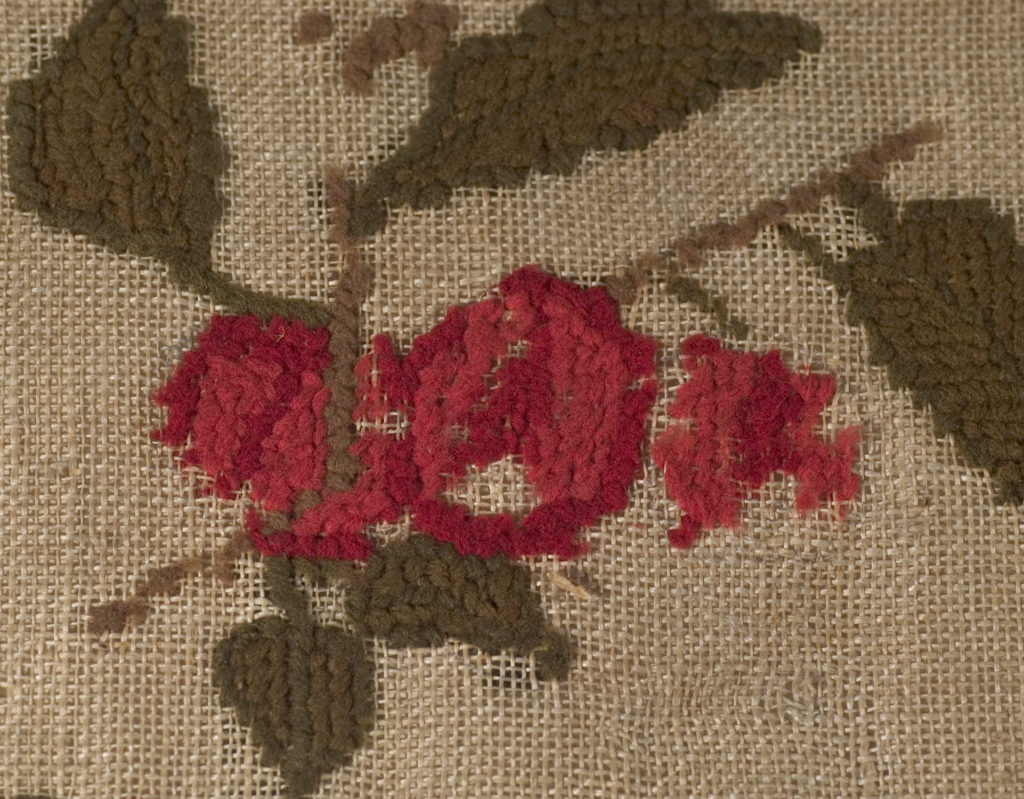 The sampler, worked in wool on 22 count linen, is the product of a beginning needleworker. It features an alphabet, the date of completion (1861), and scattered motifs. The motifs include a lamp, symbolizing knowledge; two courting birds with colorful plumage; a harp, helpfully labeled; a cluster of red fruit; and a floral border. The question mark and scattered red and orange stitches are probably later additions.

Although the sampler is unsigned, a note on the back of the dust cover of the frame reads:

This Sampler made by

Artemus Stegall as he

sat with his sick mother. 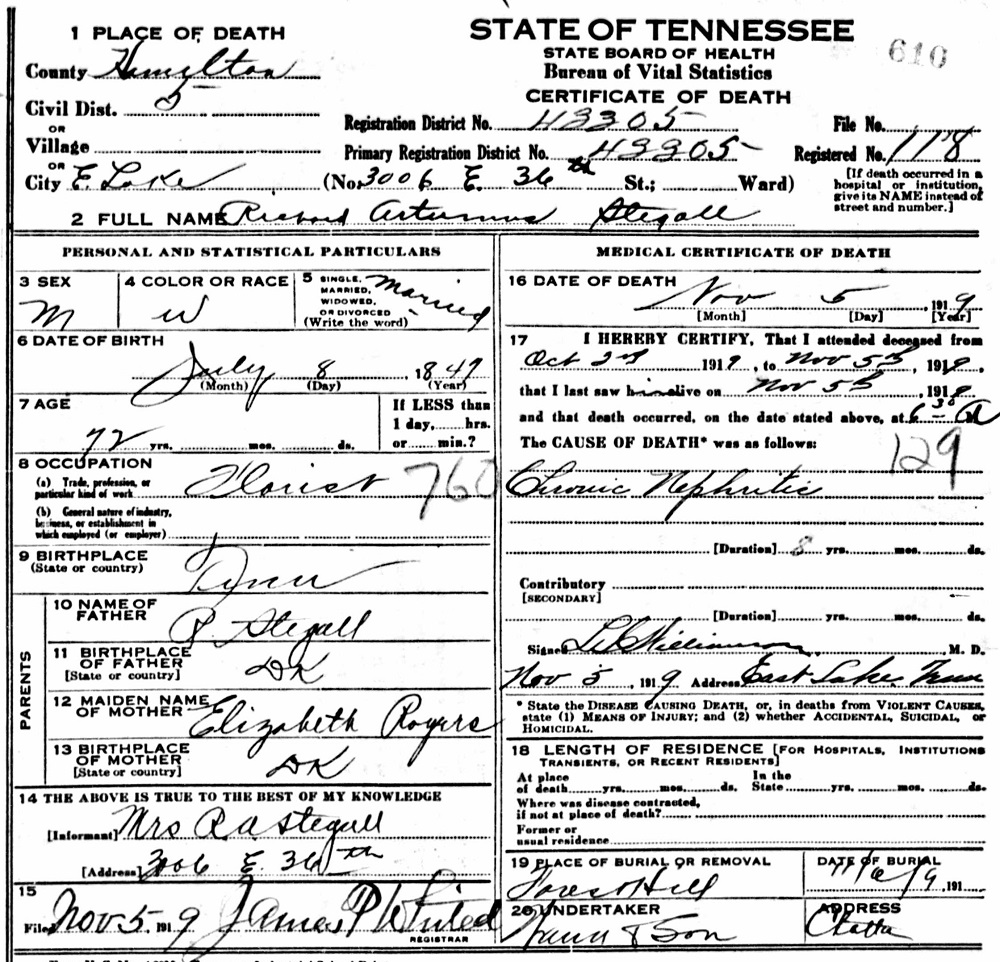 With a name and a date, researcher Janet Hasson was able to reconstruct Artemus’s life.

Richard Artemus Stegall, born July 8, 1847 in Roane Co., was known by his middle name. He was the second son of Richard Artemus Stegall, Jr., and Elizabeth Roberts. His father was a farmer and a trader. The 1857 Tax List for the 10th District of Roane Co. shows R. A. Stegall owned 778 acres valued at $6500. When Artemus’s mother became ill in 1861, the young man learned to stitch while sitting at her bedside. Fortunately, she recovered. Artemus’ father died in 1866, and his mother became the head of the family.

Artemus became a florist as an adult. He married Elizabeth (Lizzy) Ann Ramsey in 1873, and they had one son, John Artemus Stegall. The family lived with his mother on the Stegall farm in the 10th District near Barnardsville, Roane Co. Sometime before 1900 Artemus and his son moved to 306 East 36th St. in East Lake, Hamilton Co., where he established a florist business. He died of kidney disease in 1919 and is buried in Forest Hills Cemetery, Hamilton County. 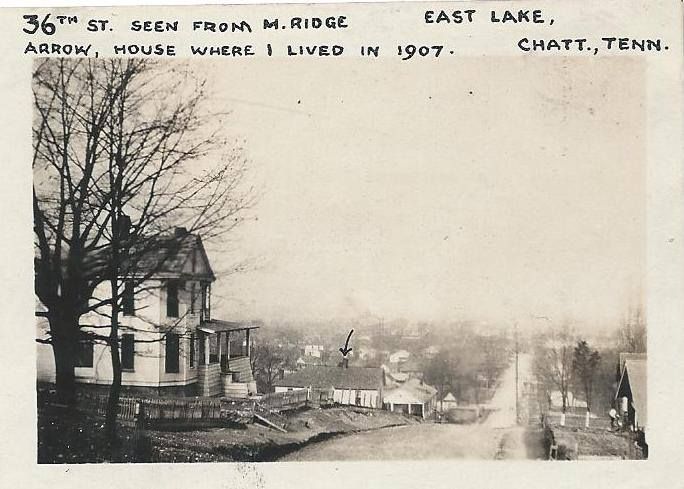 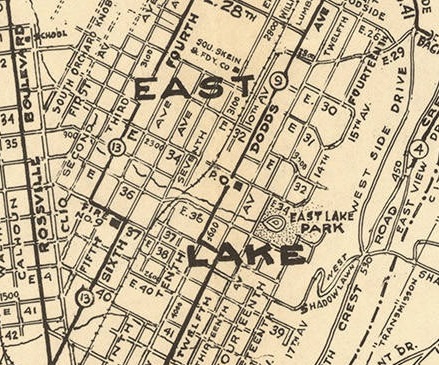