In December 1970, two Jims arrived in Clarksville. James “Jim” Mulherin and James “Jim” Hawley were organizers for  Save Our Soldiers, a San Francisco-based organization which supported servicemen seeking to protest the Vietnam War. With a $2,000 down payment, Mulherin and Hawley purchased a two-story house at the corner of Second and Marion Streets, eight miles from Fort Campbell Army Base located on the Tennessee-Kentucky border. After several weeks of renovation and coordinating with Ft. Campbell GIs and Clarksville residents, People’s House opened its doors in January 1971. There, GIs listened to music, discussed politics, and organized for a more peaceful and just society.

People’s House was one of a number of GI coffeehouses springing up across the country. In the midst of the antiwar movement, newly-conscripted GIs began voicing their opposition to the war, the draft, and the military. Charges for petty infractions, oppressive working conditions, mistreatment by career officers, and racism bred discontent among the ranks. While some risked punishment to challenge the indignities, hundreds of others fled. San Francisco-based activist Fed Gardner recognized the growing movement and in January 1968, he opened the first GI coffeehouse near Fort Jackson, South Carolina. The UFO provided GIs a meeting place to vent their frustrations and develop their political consciousness. Its success inspired other antiwar activists to follow suit.

By the time Mulherin and Hawley reached Clarksville, Ft. Campbell GIs were already showing signs of dissent. Following the death of several GIs as a result of untreated heat exhaustion, Private Dave Ort presented a list of demands to the Commanding General for better working conditions. Although the demands were rebuffed, insubordination deepened. In November 1968, a group of GIs published Flag in Action, a short-lived newsletter where GIs discussed their rights as soldiers and citizens. After years of simmering dissension and several defunct periodicals, People’s House became a political outlet for their burgeoning activism.

From legal counseling to free spaghetti dinners, People’s House provided GIs a wide array of services. Music and movies were available, as was literature on issues ranging from Black Power to women’s liberation. In March 1971, People’s House began publishing People’s Press, which provided GIs a platform to denounce the Vietnam War, publicize gross and racist conditions on base, and cover the national GI movement. From the meetings emerged the GI Committee for Peace and Justice which spearheaded several public campaigns, boycotts, and antiwar demonstrations on and off base. 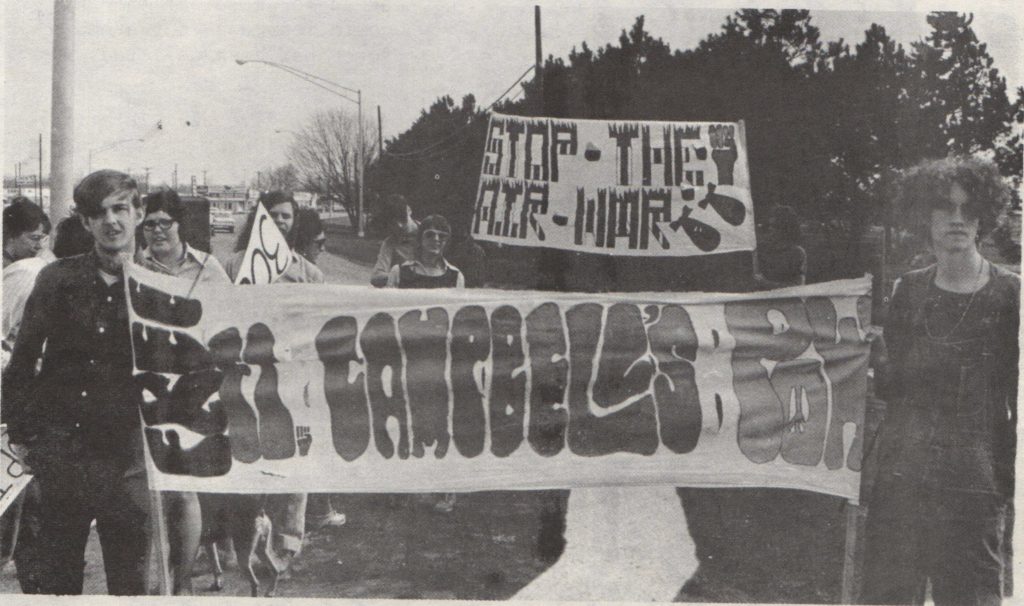 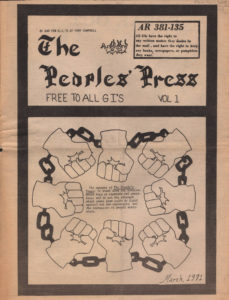 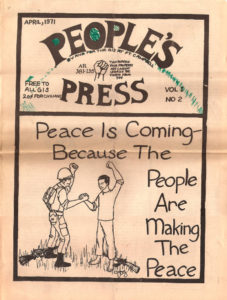 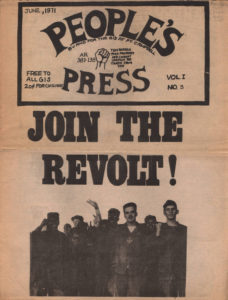 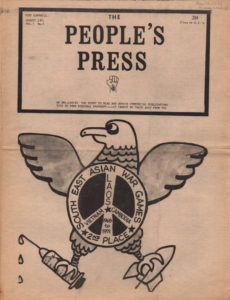 For its operations, People’s House became a target. In March 1971, the Ministerial Association of Clarksville accused People’s House of “undermining and destroying this community’s efforts to deal responsibly with its problems.” That same month, the city outlawed the distribution of literature without a permit. Under the ordinance, police arrested several distributors of People’s Press and other antiwar materials. For the director of Ft. Campbell’s United Services Organization Horace Taylor, People’s House was nothing more than a “malignant growth” that the community had to excise before it spread. 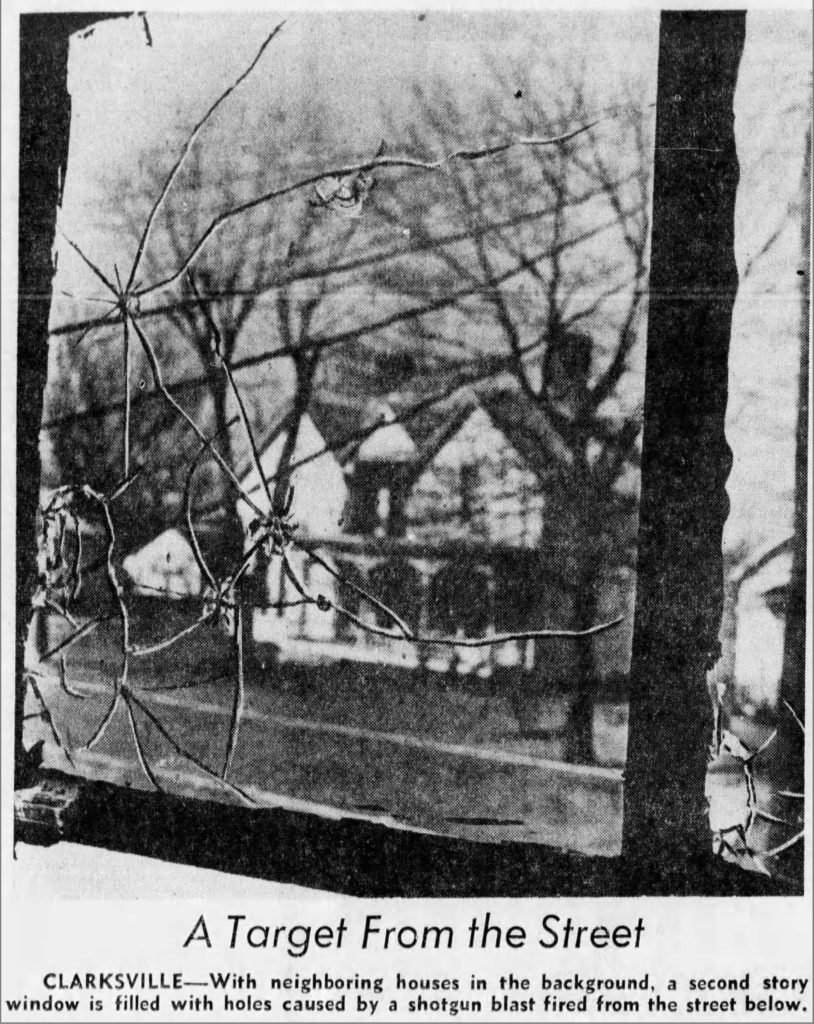 People’s House also came under federal scrutiny. In early 1971, the FBI and the House Committee on Internal Security (HCIS) opened an investigation into People’s House for alleged subversion against the United States Armed Services. After several months of surveillance, HCIS commenced hearings in October to determine whether People’s House was indeed a communist front seeking to overthrow the U.S. government. The Committee heard testimonies from several witnesses, all corroborating the damning accusations. In response, the staff refuted the charges and censured the committee for misrepresenting the mission of People’s House. Ultimately, the Committee issued no resolutions and People’s House continued operations.

However, the attacks had taken their toll. For its efforts, the civilian staff was left mentally and physically taxed. As funding dwindled, so did volunteers. Under increasingly stringent orders to keep away, fewer and fewer GIs frequented the coffeehouse. After three embattled years, Hawley and Mulherin, now back in California, reluctantly sold the property in January 1973 to an evangelical organization with plans to turn the house into a shelter for teenage boys.