Little Elsie was not alone in her request. She was among a number of black girls from across Tennessee who wrote to the African American biweekly newspaper, the Nashville Globe, asking Santa to bring them a “Negro” or “colored” doll for Christmas. And like Elsie, they all preferred Santa to procure their dolls from the nation’s premier black doll vendor—the National Negro Doll Company (NNDC).

Located in Nashville, Tennessee, the NNDC was a deeply political project. With the defeat of Reconstruction and the rise of Jim Crow, the new black elite challenged disfranchisement, economic and sexual exploitation, and white supremacist violence in varied ways, from militant direct action to black enterprise. But what united their efforts was their advocacy for race pride, especially among black children. To protect youths against the racist images of black people popularized after emancipation, African American social reformers championed refined and intelligent black dolls as a means to teach black children “that there is some pride, some merit, some worth and something to be admired in dark skin.”

In an effort to bring respectable black dolls to Nashville, Richard Henry Boyd—owner of several businesses in Nashville including the Globe and the National Baptist Publishing Board—turned to Europe. There, manufacturers in Germany had revolutionized the use of unglazed porcelain, or bisque, to craft an array of darker-hued dolls. Sometime in 1907, Boyd convinced a German doll company to design several prototypes using this technique. According to one account, Boyd sent photos of black Americans to the manufacturer to ensure that they truly convey, not caricaturize, the likeness of their black subjects. The following July, Boyd showcased the figurines at the Globe and Publishing Board offices where black Nashvillians, young and old, eagerly inspected the novel specimens. Orders for the dolls were immediate and sizable, so much so that Boyd decided to form a firm that could accommodate the orders in time for the Christmas season. 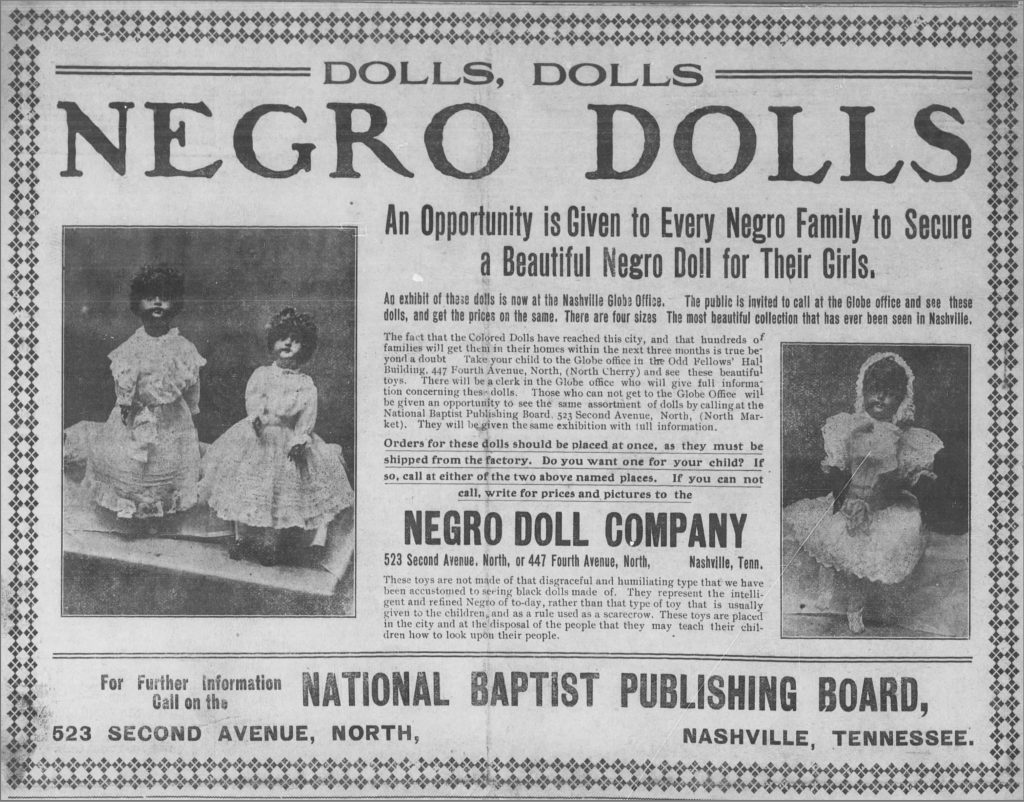 That August, the first advertisements for the Negro Doll Company (NDC) appeared in the Globe and within weeks, the firm’s renown skyrocketed. Orders streamed in from as far north as Pittsburgh, Pennsylvania; as far west as Spokane, Washington; and as far south as the all-black town of Mound Bayou, Mississippi. NDC dolls appeared at fairs and bazaars across the country. Endorsements from such distinguished black organizations as the National Baptist Convention and several chapters of the Federation of Colored Women’s Clubs launched the NDC to national prominence. By the end of the 1908-1909 holiday season, the NDC had reportedly sold some 3000 dolls. To reflect its widespread popularity, the company appended “National” to its moniker in late 1909. The NNDC also adopted a new slogan to capture its mission—“Negro Dolls for Negro Children.” 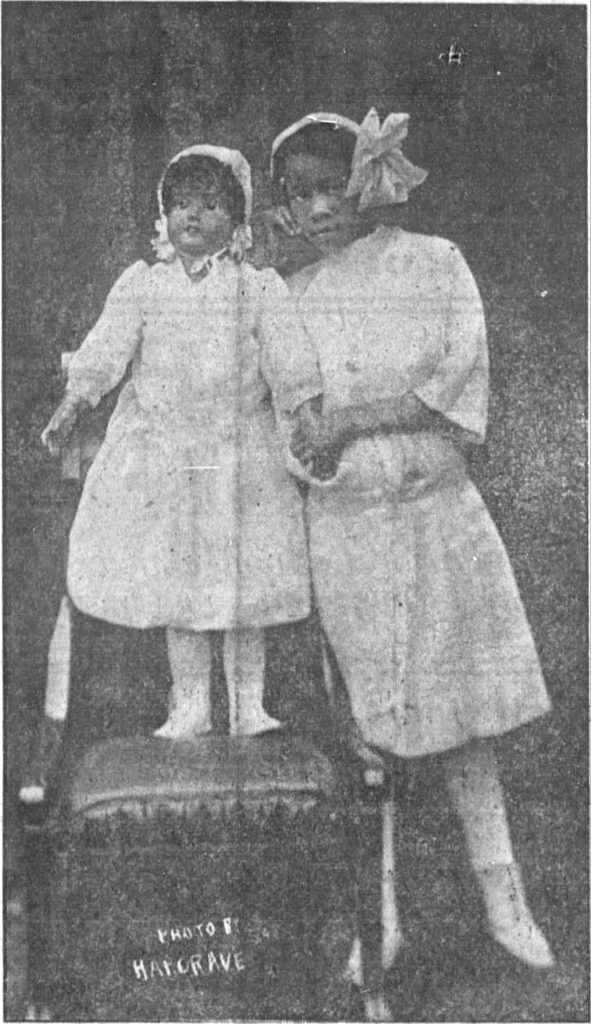 With each Christmas season, the number of purchases increased, as did the variety of dolls and the NNDC’s ever-expanding clientele. By 1912, a year after the company relocated manufacturing from Europe to Nashville to more easily meet demands, the NNDC had sent dolls ranging in height from 12 to 36 inches to such extremes as Alaska, Canada, Mexico, Liberia, and Costa Rica. Given the expense of their dolls (approximately $24 to $200, today), the NNDC also offered black girls the opportunity to secure a free doll for Christmas in exchange for selling annual subscriptions to the Globe. Della Doyle of Columbia, Tennessee accepted the challenge in October 1913. “…[S]end me a subscription blank,” she penned to the Globe office, “as I would like very much to accept the opportunity.”

Black girls like Della continued for the next two years to work eagerly to secure themselves a doll for Christmas before Boyd phased out the NNDC in 1915. Scholars offer several explanations for this decision, including the onset of World War I, investment in the more successful National Baptist Church Supply Company, and low profits. But by then, other doll companies had taken up NNDC’s mission to provide black children a fitting plaything for the holidays.