The state of Tennessee is divided into three sections called the Grand Divisions, and people commonly refer to themselves as being from East, Middle, or West Tennessee. These divisions are legal as well as geographic and cultural, and date back to the earliest period of European settlement.

It’s no coincidence that the geographical divisions of the state follow geological lines. East Tennessee includes the Southern Appalachian Mountains (also called the Great Smoky Mountains, which encompass more than the Great Smoky Mountains National Park), the eastern Tennessee River valley, and a portion of the Cumberland Plateau, with soils less-suited to large-scale commercial agriculture than Middle or West Tennessee, with smaller farms. During the nineteenth century, this meant that East Tennesseans owned far fewer enslaved workers than their Middle and West Tennessee counterparts, and were mostly loyal to the United States during the Civil War, even attempting to secede from the rest of the state.

Middle Tennessee includes  the remainder of the Cumberland Plateau and the low-lying area called the Central or Nashville basin, completely surrounded by the Highland Rim. Rolling hills and fertile valleys dominate the landscape. Though the Grand Divisions roughly divide the state into thirds, Middle Tennessee is the largest division with approximately 41 percent of the state’s landmass. West Tennessee is bounded by the Mississippi River and the western Tennessee River valley and is the lowest-lying of the three divisions. Part of the Gulf Coast Plain, it was the last part of the state to be settled by Europeans, following a series of cessions by the Chickasaw in 1818. As part of the Mississippi River basin, West Tennessee enjoys rich soil that led to large-scale cotton farming during the antebellum period and remains agriculturally significant today.

The Grand Divisions are also legally distinct. The earliest mention of this comes in the 1835-36 Acts of Tennessee, which states that the the Supreme Court would hold one session each year in East Tennessee (Knoxville), Middle Tennessee (Nashville), and West Tennessee (Jackson). In 1883 when the federal government established time zones, a further division emerged as most of East Tennessee became part of the Eastern Time Zone while the rest of the state was assigned to Central. Though some counties on the borders occasionally change sides (Marion County has been part of both East and Middle Tennessee and is currently part of Middle Tennessee), the divisions remain a key part of what makes Tennessee unique. 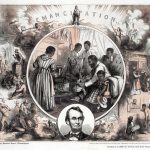 The Eighth of August: Emancipation Day in Tennessee

Christmas Time on the Angel Farm