The Tennessee Historical Society’s collections include a copy of the 1688 “Germantown Friends’ Protest Against Slavery,” the first organized protest against slavery in the British colonies. The document opened the door for a discussion of slavery by Quakers, who increasingly rejected slavery until 1776, when the Society of Friends officially renounced the practice. By the early 1800s, Quakers had become important figures in the abolitionist cause. The original Germantown Friends’ petition was lost and rediscovered in 1844, and abolitionists circulated copies like the one held by the THS  widely to further their cause.

The first Quakers came to East Tennessee from North Carolina in 1790 and established meetinghouses in what is now New Market and Friendsville (hence the name of the latter). Friendsville became a stop for enslaved people seeking freedom on the Underground Railroad . William Forster, a famous British Quaker and abolitionist, died in Friendsville while touring the South in 1853 and is buried there. 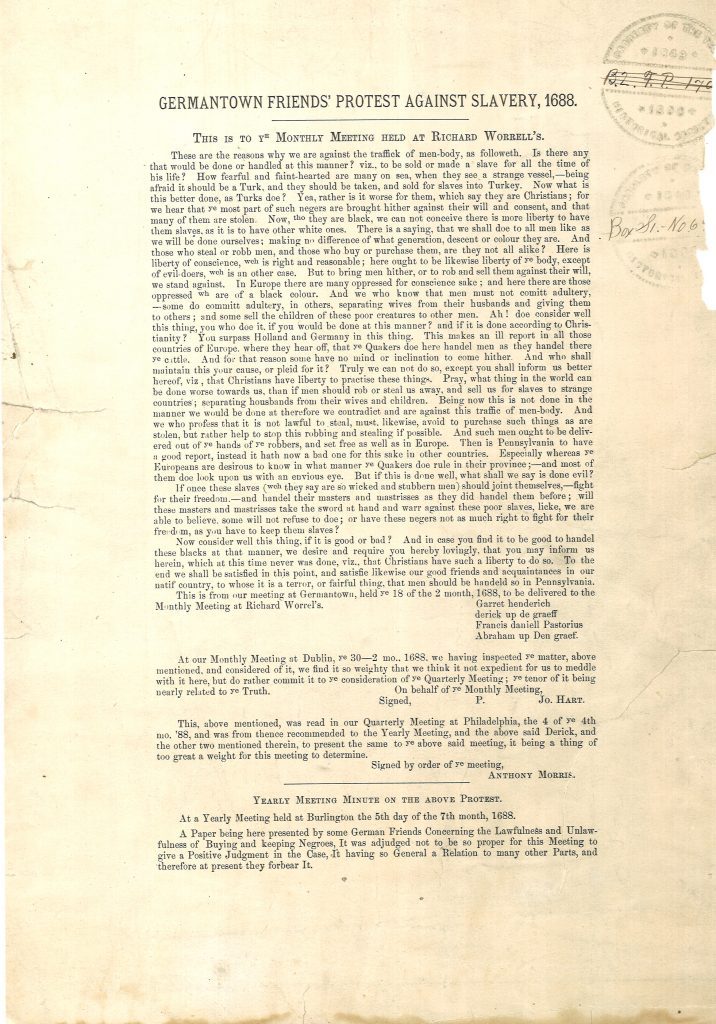