Christmas Time on the Angel Farm

“My memories of the week before Christmas are dashing into the house, after hiking from school, to smell the sweet fragrance of Christmas cooking…,” recalled Katy Lorena Angel Emery (1903-1986), in her memoir of Christmases in the Upper Cumberland in the 1910s. She wrote up her memories for her family in December 1960, and a copy was sent recently to the Tennessee Historical Society for its collections. 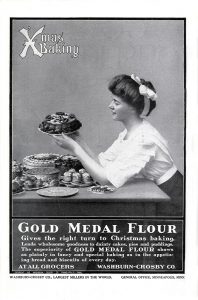 “Dad and Ron would saw and split wood, while Gene, Betty and Ree filled the old wood box, while Edna, Lurlyne and I milked the cows,” as Katy looked back. She praised the old wood-burning kitchen range, with “an oven, and oh such an oven, for breads, cakes and all good things our Momie [Lou Ada Milligan Angel] baked.”

Young Katy grew up on her parents’ subsistence farm near the Putnam-White County line — her father Edmond Angel also worked as a miner at the nearby Ravenscroft coal mine. The Bon Air Coal Company opened the 174’ deep shaft mine about 1902. Katy admired the way the iron-sulfide that leached from the mine colored Buck Creek near her home – “the flowing red water, colored from the Ravens Croft Mines, was a picture in the falling snow.” 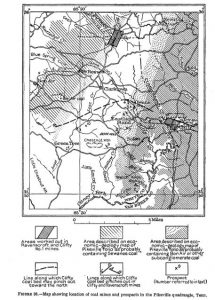 Mining wages allowed the Angels more luxuries than many Upper Cumberland farm families, for at Christmas-time, “Always there were bowls of nuts, giant peppermint sticks, twisted candy, jaw breakers, big oranges, bananas and baskets of apples from the cellar, gathered from the orchard in the fall.” Her father made “mysterious trips to Sparta and Mayland bringing rustly packages he hid in the barn lofts, and later in the house.” 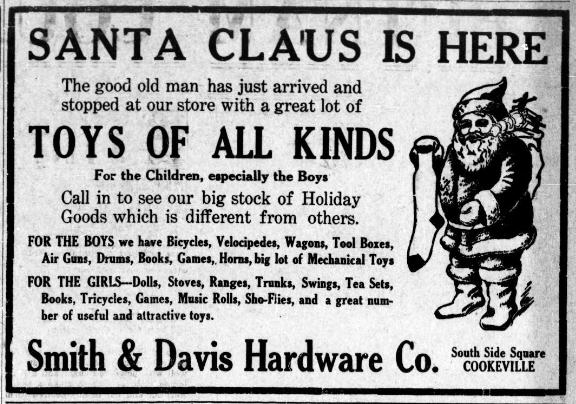 The family took advantage of the nature around them. Katy enjoyed “Sunday afternoon excursions to the woodland to pick mistletoe and holly with beautiful red berries, to decorate with and to get a beautiful Christmas tree. ‘Stringing Night’ was the tantalizing aroma of freshly popped popcorn, which couldn’t be eaten until enough had been strung for the Christmas tree; singing carols, while hanging ornaments on the tree, mistletoe here and there; wreaths on windows and doors and the old swinging iron gate to the mailbox.” 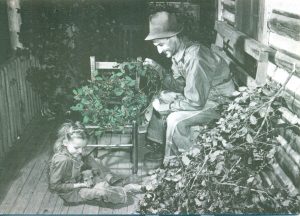 Katy’s family, which included her six younger siblings, would go visit two community Christmas trees, “one at Ravens Croft early in the week and then one at Glade Creek Church,” which also doubled as a Putnam County school. “Momie each year, with the help of two, went to Sparta and bought gifts for the tree with money from box and pie suppers for the whole community.” She described the Glade Creek tree: “The beautiful giant spruce, the school boys got and the girls trimmed, was shimmering in soft lamp light, with stars, popcorn strings, chains of colored paper and strings and strings of mountain tea red berries. There were dolls and toys bulging from every sprig…” 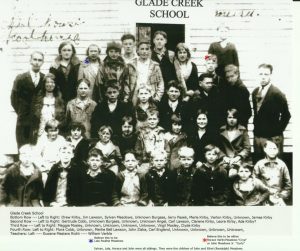 After the students presented their program at Glade Creek, Katy and her brothers and sisters sang their way home “through soft falling snow,” “then to hang up our stockings and rush upstairs to say our prayers and to bed so Santa could come.”

The children rose at 6 a.m. on Christmas morning and then tumbled downstairs to behold doll “and balls, mitts, gloves, and other toys.” Later it was time for the “Christmas feast”:

Many of the traditions of Katy Angel’s childhood continue in Tennessee homes. As Katy wrote, “All this, and much more, was Christmas Time on ‘The Angel Farm’ of long, long ago.”

Enjoy the Christmas holidays! — and pass the chess pie, please.